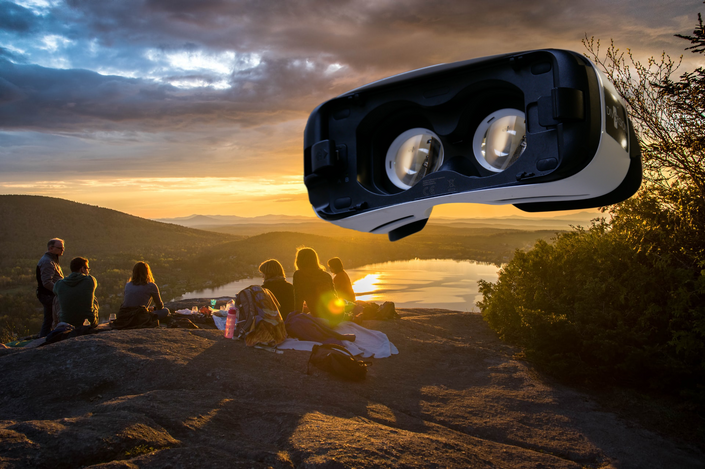 The coupon code you entered is expired or invalid, but the course is still available!

Virtual reality (VR) and its immersive storytelling capabilities are a rapidly emerging field of interest for theater performers, filmmakers, content creators, and anyone looking to learn, explore, and experience a world of new stories in a creative, new frontier of storytelling.

CEEDTV VR is emerging as an industry leader, delivering extraordinary visual experiences that are transforming the way we consume theater, film, news, and other types of content.

In the five-part Certificate in Virtual Reality Production, Our lead team share insights on current practices and future trends in VR.

In this first core, explore the history of storytelling with a unique 360 degree approach that will take you from the very early days of sharing stories one on one to telling stories on stage and eventually through the new mediums of virtual and augmented reality. Learn the differences between the mediums and how to be an effective storyteller in VR and AR.

This is the first of 5 core classes from the VR Training Center required for University credit.

This one-of-a-kind IMMERSIVE course begins instruction on September 23rd, 2021. Students should enroll now to save their place for this exciting series of courses. 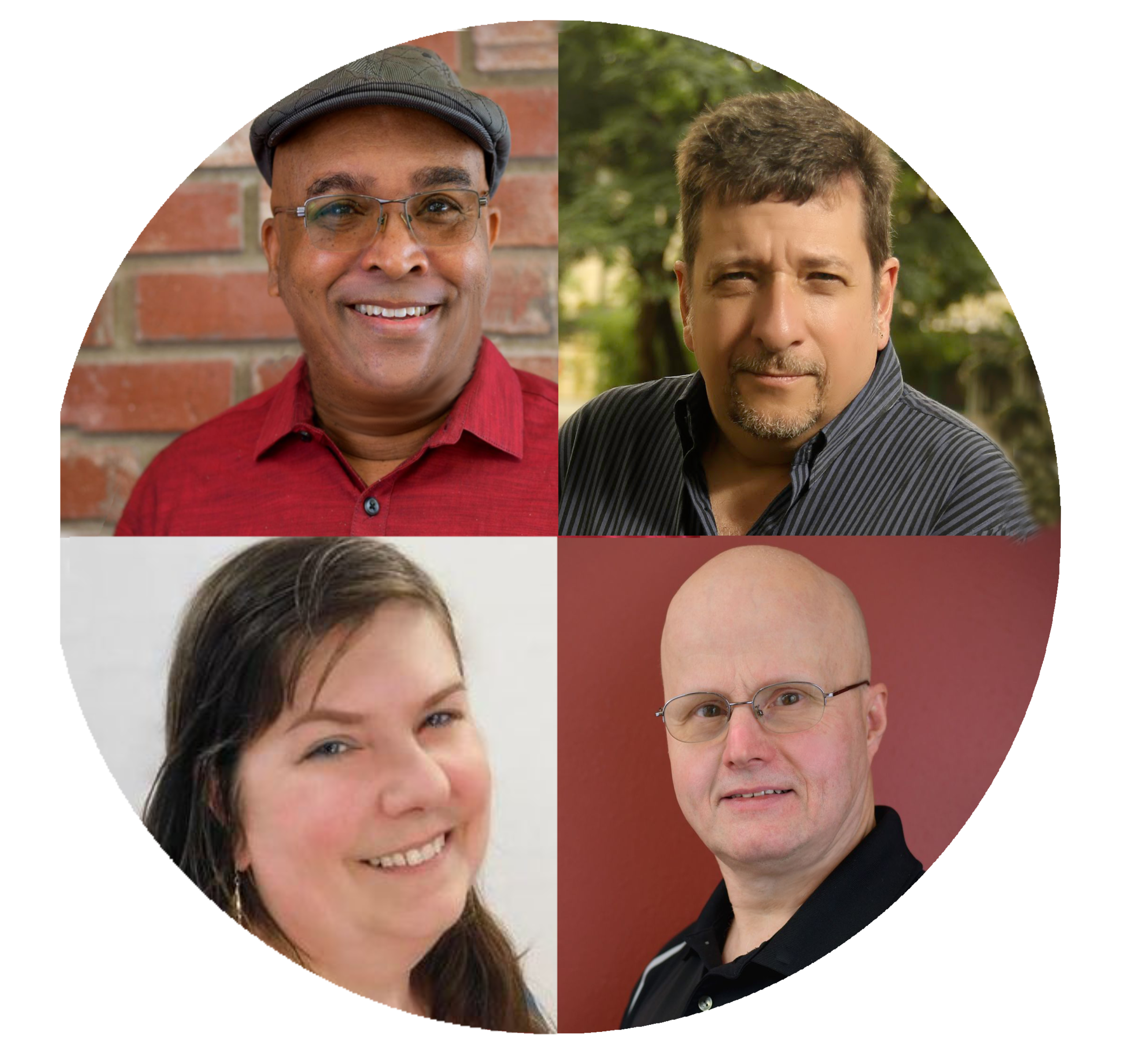 The instructors at the VR Training Center comprise of professionals with years of experience in audio, lighting, production in theater, film and television that combine to enrich lives in immersive stories as told through virtual and augmented realities.

He is a Fulbright-Hayes Africana studies scholar in religion with post- doctoral seminar studies in Egypt and Israel. As an entertainment industry professional, he has performed professionally in theater and television for the past 25 years.


Derrick produced the hit series "Through Our Eyes" for PBS, and the Black Family Network for 12 seasons. He wrote and co-produced “Heresy” featured at the 1997 Reel Pride Film Festival for which he won a “Telly Award”. He co-created the “CEED” Broadcasting Internet Network. Derrick holds a Ph.D. in Theology from San Antonio Theological Seminary, a Masters of Fine Arts & Teaching Credentials from the University of California at Irvine, and a Bachelor's in Communications and Business from California State University, Northridge. The NAACP and the United States Congress recognized him for outstanding service in educational performing arts and media (television and professional theater).

His career highlights include –ground-breaking work in Videowalls - the 72nd Annual Academy Awards, the World Film Premiere of “Star Trek Insurrection,” and the 100th US Open PGA Golf Championship. During the Official Washington DC Millennium Celebration, Al served as Special Consultant and equipment supplier for President and Mrs. Clinton. His 360 VR work includes Celestica, Getty Images 360, Bill Gates Notes. These are just a few clients who have utilized Al's unique vision for the conception of new and compelling storytelling.

In education, Caudullo created and taught 3D and 360 VR courses and seminars worldwide at Mahidol University, Bangkok, Singapore and Hollywood, California. In addition, Caudullo has brought his vast knowledge of 3D as a consultant to major industry players seeking to update and enhance their 3D and 360 VR hardware and software tools. As a 3D Stereographer and 3D Editor for film, TV and corporate production, his clients have included LG, Panasonic, Hitachi, Grass Valley, Samsung, NVidia, 3DeeCentral, Polaroid, Toyota and many others.

Russell Leavitt is currently the Chief Technology Officer for CEED Enterprises LLC, working with a team of professionals establishing the technical vision for Internet companies and leading all aspects of technology and development according to its strategic direction and growth objectives. My task as a Chief Technology Officer for CEED Enterprises LLC is to provide advice and experience in the Internet and digital fields for the online media markets.


His background in film and television production has translated over the years to the digital world. He attended the Academy of Art University in San Francisco with an emphasis on film and television production, leading to a career in the visual arts, producing and directing the Telly Award winning documentary, “Heresy” as well as children and youth programs for regional PBS stations and Warner affiliates. He has co-produced two major video projects for the Cal-Nevada annual conference of the United Methodist Church. He has been a professor for the performing arts and television production at the former Edward James Olmos Teatro de las Americas Performing Arts Academy in Coalinga, California, training students to maximize their filmmaking skills. His work in film and video production has led him to cutting edge research of technology in education and digital frontiers.

As a Computer Arts major from California State University, Russell has explored holographic and virtual reality frontiers, creating his own true holograms and studying the medium and its potential. Currently, he is in production of an animation series using Blender as well as working with CEED Enterprises and online teaching platforms producing online courses for students and exploring new ways to educate others integrating the interactive technologies of Unity, Unreal Engine and virtual reality.

Callie Hammond has been teaching English and theatre arts for thirty years, mostly in North Carolina. She received her BA in English with an emphasis in theatre from Davidson College in 1990. As part of her Masters program in Educational Change and Technology Innovation through Walden University she had the pleasure of being part of one of the first classes to utilize early VR technology at the University of Minnesota. In 2003 she earned her National Board teaching certification and renewed it in 2013.

Callie began her professional theatre career at Portland Stage Company in Portland, ME. She went on to work at Spirit Square and The Children’s Theatre in Charlotte, NC and Man Bites Dog Theatre in Durham, NC. She performed for several years as one of Raleigh’s Village Idiots improv troupe and in a variety of dramatic and musical productions. She has run light and sound boards, built props, sets, and costumes, designed and directed, but her main area of expertise is stage management.

In 2018 Callie retired from teaching in North Carolina and moved to LA. She worked backstage for several local theatres before she had the good fortune to write and direct the first dramatic production for CEED-TV, Miracle and act as production stage manager for their Christmas Spectacular. She has written plays, short stories, and poetry, and is currently working on a young adult novel

Immersive Storytelling
Available in days
days after you enroll

When does the course start and finish?
The course starts now and never ends! It is a completely self-paced online course - you decide when you start and when you finish.
How long do I have access to the course?
How does lifetime access sound? After enrolling, you have unlimited access to this course for as long as you like - across any and all devices you own.
What if I am unhappy with the course?
We would never want you to be unhappy! If you are unsatisfied with your purchase, contact us in the first 30 days and we will give you a full refund.
off original price!

The coupon code you entered is expired or invalid, but the course is still available!